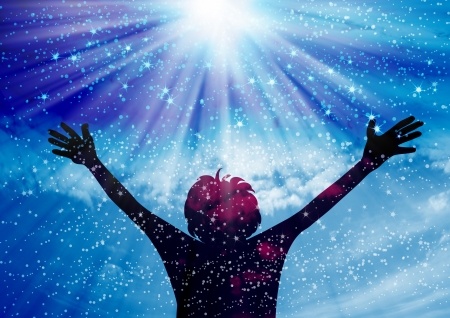 Several days ago, Holy Spirit reminded me that praise binds kings with chains and nobles with fetters of iron. I’ve always loved that passage, though I hadn’t thought of it in quite some time. I immediately knew He was inviting me on a journey of discovery…

That phrase comes from Psalm 149, a song of triumph, which many commentators feel David may have written as he took the stronghold of Zion and settled his government there!

As I read the first verse, which simply says, Praise the Lord, I wondered what Hebrew word was used there. I learned from Ray Hughes many years ago that there are numerous Hebrew words that are all translated as “praise” or “rejoice.” In studying these words, it becomes very clear that the Hebraic way of worship goes FAR beyond what we typically see in our culture.

Sure enough, the word “praise” is the Hebrew word halal. Halal is the primary Hebrew word for “praise,” appearing over 110 times in the Old Testament. Our word hallelujah comes from the word halal. The literal definition of halal is:  “to praise, to shine, to make a show, to boast; to be clamorously foolish; to rave, to celebrate.” This was the wild dance that David did when he brought the ark of God back to Jerusalem (II Samuel 6:22). I especially love the fact that this word is defined as appearing “foolish.”

The word “praise” is mentioned again toward the end of verse 1, but this time, it is the Hebrew word tehillah. Tehillah means: “to sing or to laud” and specifically refers to a spontaneous new song that is unprepared and unrehearsed. It is a NOW song that Holy Spirit drops into us as He uses our mouths to co-create with Him. Tehillah is the praise that God inhabits and sits enthroned upon (Psalm 22:3). Tehillah is the song the Lord sings over us (Zephaniah 3:17) and through us. In the early church, Christians sang tehillah praise when they were being fed to the lions. And did you know that the Romans ended up discontinuing this practice because so many spectators were touched by the power and presence of God? In Isaiah 60:18, we see that we enter into His presence with tehillah praise, and Isaiah 61:3 tells us that it is a garment of tehillah praise that replaces the spirit of heaviness. Paul sang this type of praise while chained in prison, and God inhabited that praise and set him free. In my experience, I have learned that the tehillah song is strategic and military in nature. It remains obscured to the adversary until the very moment it is released through us, enabling us to outmaneuver him every time!

In verse 3, we are told to halal His name with the dance. The word “dance” there is the Hebrew word machol, which refers to a circle dance. This dance is a tangible display of the radical change that happens when God “turns it all around” for us. The word machol is used in this familiar passage, and it is easy to see its true meaning displayed:

You have turned for me my mourning into dancing;  You have put off my sackcloth and clothed me with gladness.
– Psalm 30:11, NKJV

The Passion Translation says it this way:
Then he broke through and transformed all my wailing into a whirling dance of ecstatic praise! He has torn the veil and lifted from me the sad heaviness of mourning. He wrapped me in the glory garments of gladness.

Verse 3 also tells us to sing praises to Him with the timbrel and harp. That word “praises” is the Hebrew word zamar, which describes the instruments prophesying. Sometimes, when various instruments step forward in praise, I literally hear what they are saying in English – word for word and note for note. Zamar praise was the praise that David played to rid Saul of the demonic, tormenting spirit in II Samuel 16:23.

Moving on to verse 4, we see that the Lord beautifies the humble with salvation. The word “salvation” there is literally Yeshua, which means: “salvation, deliverance, prosperity and victory.”

We’re told in verse 5 to jump for joy and to release a shout of joy, victory and overcoming. And starting in verse 6, we see what this kind of praise actually accomplishes:

Let the high praises of God be in their mouth,
And a two-edged sword in their hand,
To execute vengeance on the nations,
And punishments on the peoples;
To bind their kings with chains,
And their nobles with fetters of iron;
To execute on them the written judgment

We know that the “kings” and “nobles” here are referring to ungodly “kings” who occupy positions of illegally gained power. We have been in a “Psalm 2 moment” for several years, as we have seen these “kings” rebelling against the government of God and have also seen God laughing at their plans. Psalm 2 has been both an anthem and a prayer strategy for me, and many times, I have urged them to “kiss the Son.” We have now stepped into a season where God’s righteous judgments have been rendered in the courts of heaven and are being released on the earth, as His justice is poured out!

So… the message of Psalm 149 is that Biblical praise is what God uses to bind ungodly “kings” and to execute in the earth His righteous judgments which have already been rendered in the courts of heaven!!! If you have been learning about the legal system of the spirit realm and have been presenting cases in the courts of heaven, don’t forget this important piece… As you yield your body as an instrument of righteousness (Romans 6:13), the righteous judgments of God now have a tangible point of agreement in the earthly realm… a physical anchor that establishes those judgments (personally, locally, globally and cosmically) in the physical dimension. If you have been given verdicts in the courts of heaven but have not yet seen the physical manifestation, I encourage you to do some crazy praise… not just to get your manifestation, but also because He is worthy of the most extravagant praise, and then some!

In summary, here’s my paraphrase of Psalm 149, using these literal Hebrew definitions:

PSALM 149
Halal the Lord with wild, crazy, extravagant praise!
Sing to the Lord a new song, as it bubbles up in your spirit
And His God-breathed, spontaneous tehillah praise in the assembly of saints.
Let Israel rejoice in their Maker;
Let the children of Zion be joyful in their King.
Let them halal His name with the machol (circle dance), displaying how God can turn anything around;
Let the instruments prophecy (zamar).
For the Lord takes pleasure in His people;
He will beautify the humble with the salvation, deliverance, prosperity and victory embodied in Yeshua.
Let the saints jump for joy in glory;
Let them release the sound of joy, triumph and overcoming on their beds.
Let the high praises of God be in their mouth,
And a two-edged sword in their hand,
To execute vengeance on the nations,
And punishments on the peoples;
To bind ungodly kings with chains,
And their nobles with fetters of iron;
To enforce in the earth the righteous judgments which have been rendered in the courts of heaven.
This honor have all His saints.
Halal the Lord with wild, crazy, extravagant praise!

Here is the link to this 15-minute teaching, given at All Things Restored last week: How To Manifest Verdicts From The Courts Of Heaven

And if you would like to know more about the different Hebrew words for praise, check out this video teaching: Worship Teaching