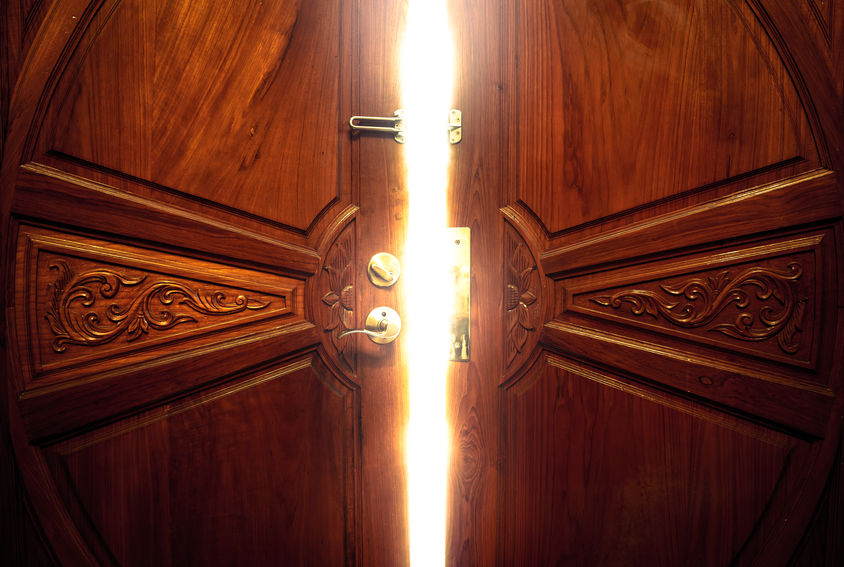 For the last two weeks, we’ve talked about two distinct Secret Places in the heavenly realm, and last week, we focused on the Secret Place where we abide under His shadow and experience supernatural protection. Today, let’s delve a little deeper into the place where we get to know the secrets of God’s heart…

The Hebrew word describing this Secret Place is Strong’s #H5475, which describes a council, an assembly, a familiar conversation, a circle of familiar friends, a secret counsel, a familiar converse, intimacy with God, and a company of persons in close deliberation. This word is used in the following Scriptures:

The secret of the Lord is with those who fear Him, and He will show them His covenant.
-Psalm 25:14, NKJV

Surely the Lord God does nothing, Unless He reveals His secret to His servants the prophets.
-Amos 3:7, NKJV

In part 1 of this series, you journeyed with me through the tiny, round door and into the Secret Place, where things of true, eternal value are accomplished. Once, in that place, sitting face to face with Yeshua, He smiled at me and said, “Can you keep a secret?” He then reminded me of something He had revealed to me several months ago: that the earth has moved out of the age of religion and into the age of the outpouring. When He spoke to me about that the first time, I thought only in the context of “church” religion. But here in the Secret Place, He began to show me that EVERY religious system is being dismantled and that EVERY world system (government, education, media, etc.) is a religious system. I began to see that occult religions are being judged. I also saw clearly that His people have an unparalleled opportunity to untangle from religion and to step into sonship. For those sons of God who are ruling and reigning from heaven to earth, it is their time to shine!

He continued, “This is an open door of opportunity, because the occult does not discern the times. In fact, I have not shared it with many, in order to keep it obscured from them. But you, dear one, asked for My secrets, and here we are in the Secret Place. I have chosen to share them with you. So now, in the absence of occult static, you will govern, you will judge, you will rule and reign, you will legislate. You will operate as My elohim, and much will be accomplished. I have pushed the ‘pause’ button on all things religious, in order for my sons to legislate through the open door. Without this interference (both evil and well-meaning), much will be accomplished. What you decree during this season will be established. Choose wisely.”

He then gave me four things to decree upon the earth:

So, religion is being displaced by His kingdom. There really is a displacement! There really is a changing of the guard! I saw wave after wave after wave after wave of His glory sweeping the earth, displacing everything small and corrupt. I saw waves of righteousness covering the heads of all mankind, releasing the Fear of the Lord and conviction of sin. I saw waves of love drawing them into His heart. I saw stadiums filled to overflowing with hungry ones, dancing and singing and weeping for joy. I saw souls transforming and bodies transfiguring, as we stood under His waterfall. His glory is sweeping the earth!

When He asked “Can you keep a secret?” He was not asking me not to tell anyone. He was asking me to do what His servants the prophets do with His secrets: pronounce them in the earth, agreeing with His word and creating it in tangible form. Wow! That is how His prophets “keep” a secret! Will you?

Until next time…
Virginia